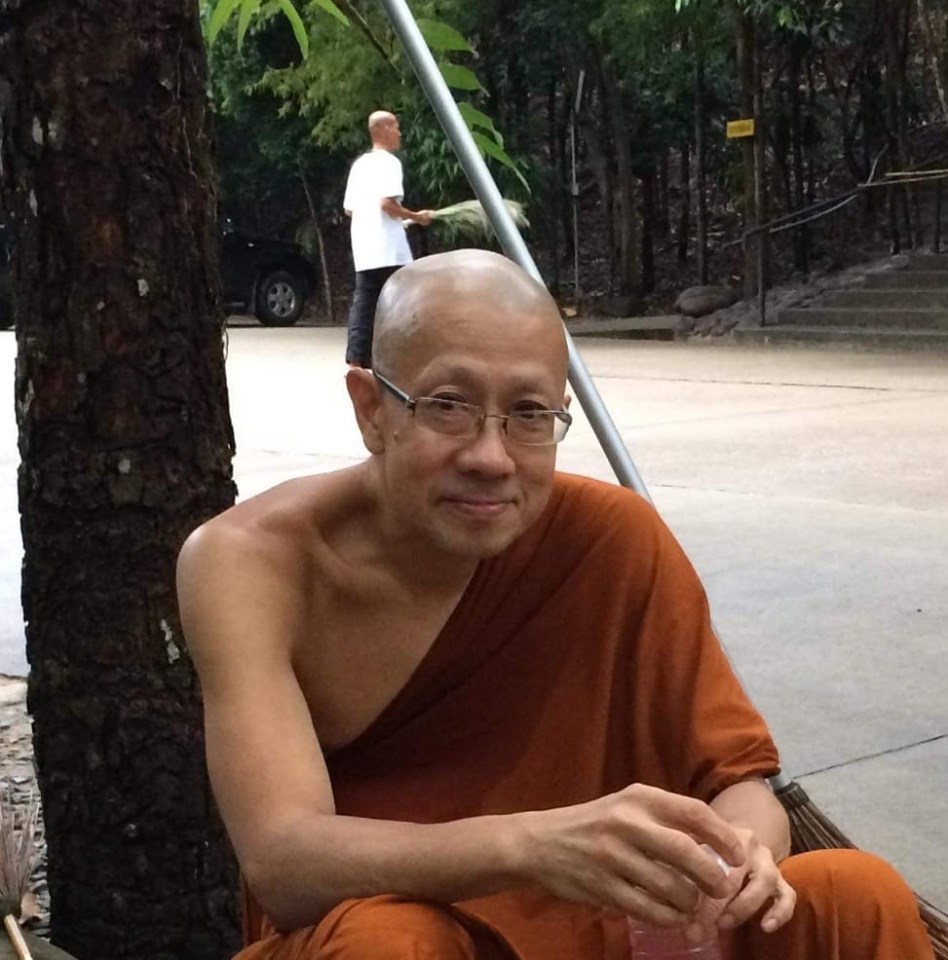 Born and attended schools in Kedah, Malaysia, Phra Kovido Bhikkhu received a BSc. and PhD. in Physics from University of Salford, England and worked as a Research Physicist and later as a Software Engineer.

Phra Kovido Bhikkhu first taste of a monk’s life was a temporary ordination in Perlis, Malaysia in 1984 after some years of meditation and started Insight Meditation about 20 years ago along the practice of the teachings of forest masters, Luang Pu Mun, Ajahn Chah and their disciples.

In year 2013 Bhante made a tudong pilgrimage of all the 5 Ajahn Chah’s monasteries in England, about 750 miles and in year 2014 to 4 Dhammayutika monasteries, about 500 miles. And went on tudong during the first year as a monk to East of England in the winter months, about 280 miles. Based in Wat Buddha Metta, Cambridge, England,

In June 2015, Bhante was ordained as a Dhammayutika monk, indefinitely at Oxford Buddha Vihara, Oxford, England. Prior to bhikkhu ordination.

To learn what is Kor Wat
http://www.watpahnanachat.org/kor-what

Bhante’s preceptor is the abbot of Wat King Rama IX in Bangkok, who used to be the acting abbot of Wat Yan, in Pattaya until 2017.

Ajahn Suchart Abhijato of Wat Yan, used to be bhante’s Ajahn, until Nov. 2019, when bhante was there for 4 years.
Chao Khun Tong Chai of Wat King Rama IX, in Bangkok is now bhante’s Ajahn.